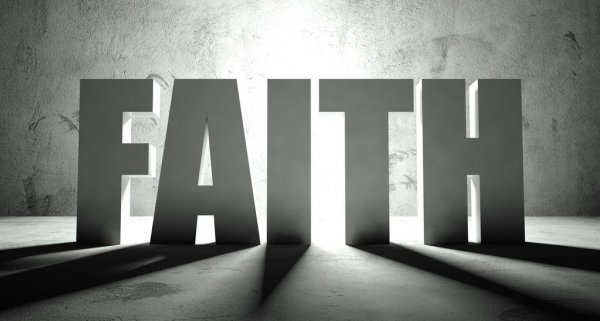 Good Sunday. As per usual, before talking about the data, I want to post something on faith, with a attempt at trying to make it accessible to all, believer and those who are not. The topic today is faith.

Paul writes is Hebrews 11, “Now faith is the assurance of things hoped for, the conviction of things not seen.” (v. 1). This is a definition of faith, but the other key words there are “assurance” and “conviction.” Translators seem to struggle with those words. “Assurance” has been changed to words like “reality”, “substance”, and “confidence”, while “conviction” has been changed to “assurance”, “certainty”, “evidence”, and “proof.” This is due to the nature of the Greek language, in which words often contain suffixed and prefixed qualifiers that make the word different in English. English tends to use one word for multiple meanings and contexts, by contrast.

So in English, this verse sounds like “faith is believing something even though there is no evidence for it.” That’s a shame. It means nothing of the sort.

The first word is “faith”. In secular Greece, the word was commonly used to describe a guarantee from someone who had authority and power to deliver on that guarantee. It was often rooted in an agreement between the parties that what what promised by one would be delivered. Faith is not an individual decision to believe whatever we want. Faith is grounded in a persuaded belief that the other party will do (or has done) what was promised.

So for Christians, “faith” means that we have accepted God’s persuasive arguments about what it means to accept Him – the changing of our identity, the indwelling of the Holy Spirit, the membership in His Kingdom. But none of those things can be directly experienced by any of us in this reality, and God never said they could. His “evidence” is in the person and life of Jesus. When people call Jesus “a great teacher”, there is truth in that – it’s an just incomplete description, not wrong. He did teach us – He taught us about the promise of God, the gift of salvation, by exemplifying it in a reality that we could see, touch, and perceive. We watched Him live wholly for God, we saw Him follow God to death, and we saw Him overcome that death to establish the Kingdom that was promised.

“God so loved the world” and wanted us to believe in Him, not blindly or foolishly but based on persuasion, that He entered our world and even sacrificed Himself to do it.

So we are “assured”. The word means “to stand under a guarantee” or to claim a “title of possession.” Because we have been persuaded by God’s arguments, we have chosen Him, and He has guaranteed that decision and all of His promises based on it through Christ.

So we are “convicted.” The word usually meant to describe the act of convincing someone of their error through solid evidence. It is noteworthy that the word is only used in the way this verse uses it twice in the entire NT – once by Timothy, and here by Paul. In this verse, it means that faith is not a one-way street. It means that faith is not just accepting God’s guarantees, but accepting our need for them.

Faith in God requires a loss of faith in ourselves.

In this trying time, what is your faith grounded on?

Your own perceptions and desires or God’s promises?

Your own expectations about what “should be” or God’s promises about “what is”?

Your five senses, or God’s words?

Is what you hope for still what it was when you first believed?

I hope and pray that it is. Have a great Sunday.